Susanne Sundfør’s The Silicone Veil – released next week - could never have the out-of-the-blue impact of her 2010 album The Brothel, an otherworldly disquisition on the role of women, their relation to men with the framing contexts of religion and death. All wrapped in an ever-present sense of impending dread. The Silicone Veil probably wasn’t going to be as strange as A Night at Salle Pleyel, last autumn's classical-influenced, all-instrumental, all-synthesiser symphonic cycle.

Instead, The Silicone Veil is more direct and more abstruse than The Brothel – both at the same time. The songs, generally, have a more linear construction and are more direct than those on The Brothel, but are presented in a more disturbing, more jarring framework. Again, though, her new album marks (and again confirms) Sundfør as one of the most important, impactful musicians of today.

Unlike The Brothel, where the songs could be taken as chapters, The Silicone Veil doesn’t appear to have an overall narrative. Death reoccurs: the “slip away” of album opener “Diamonds”; “I don’t want o die, dive into the sea” she sings on “Rome”; “There is a killer among us” (“Among Us”); “You bury me slowly” (“When”). On the creepy title track it’s strikingly evident: “I go to a funeral every day, I follow these people around, I follow these people like a rat’s tail, I carry their caskets, I sing them good night”.

But that’s a preoccupation rather than a theme. If there is one – and there seems to be one – it’s exemplified by “The Silicone Veil”: “I’m a larva wrapped in silk, I am dying in burning flesh”: “Our souls disabled, You want to rip out the cable” (“Stop (Don’t Push the Button)”); “We are in capsules, Slip away, Disloyal, To the doctors” (“Diamonds”).

Just as silicone alters the body, the concept of transfiguration, rather than submission, runs through The Silicone Veil - the spiritual qualities of The Brothel are present, albeit less explicitly. 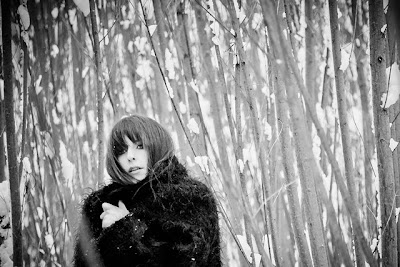 The Silicone Veil continues Sundfør’s musical partnership with Jaga Jazzist’s Lars Horntvedt. His name is strewn throughout the credits as co-composer, co-producer and co-engineer: he wasn't present at all for A Night at Salle Pleyel. The album is recorded at Pooka Studio, named after a 2004 solo album of Horntvedt’s (presumably run by him?). It’s also recorded at Trondheim’s Øra Studio. A full complement of strings (nine violins, violas, cellos and double bass) is conducted by Horntvedt. Very occasional trombone, tuba, electric bass and acoustic guitar crop up. Programming, synths, steel guitar and Fender Rhodes appear too (the latter pair familiar from strongly flavouring The Brothel).

All this coalesces on an album of extraordinary textural colour, employed to underpin the melodies and Sundfør’s voice. It’s beautiful and powerful. Gothic with a small g. Some things are familiar: the rolling piano that beds “Can You Feel The Thunder” reverberates with that of The Brothel’s “Turkish Delight”, but here it doesn’t dive off or give way to other themes. The intermittent strings swirls of “Turkish Delight” colour “Rome” and the deeply strange “Stop (Don't Push The Button)”. The glitchiness of The Brothel hasn't been shelved either. But The Silicone Veil transforms these building blocks, translating them into another language.

Yet a song-by-song examination might diminish the powerful impact – negate the surprise - of The Silicone Veil. It’s enough to recognise that it’s a significant step for this voice. One wasn’t needed, but it’s a major reaffirmation.