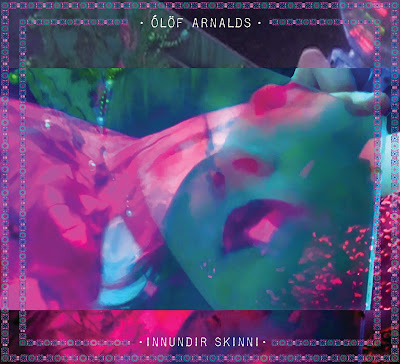 Her first solo UK show was spontaneous and utterly unpredictable.

Posted by Kieron Tyler at 09:24 No comments:

More, and in English:
http://www.theartsdesk.com/index.php?option=com_k2&view=item&id=1916:gainsbourg-vs-the-anglo-saxons&Itemid=29
Posted by Kieron Tyler at 15:34 No comments:

REVIEW - SAYCET: THROUGH THE WINDOW 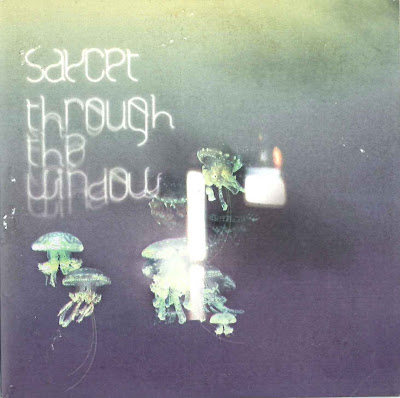 They may be French, but that’s a little piece of Iceland they’ve brought to Paris: http://www.rockfort.info/content.aspx?cid=240
Posted by Kieron Tyler at 12:08 No comments:

Gainsbourg: Vie Héroique (under it’s Anglo-Saxon title Gainsbourg) gets its UK cinema release at the end of next week.

Pretty funny considering that director Joann Sfar has described the film as a “fairy tale.” This is no straight biopic, but a recasting of the tale that mucks about with chronology and injects fantasy to underline the disconnects and hyper-realities. So, no – you are not going to know the man after seeing the – truly great and often funny/tragic – film.

The film's release does cause some musing on the increasing awareness of Gainsbourg over here. Distributors assume there will be an audience?

A few years ago I wrote this (below) for Les Inrockuptibles on Gainsbourg outside France (click on it and it might go big). Since then, there has been the Barbican Melody Nelson show, last year’s US Light In The Attic reissue of Melody Nelson, and a dribble of other reissues.

The film's release continues the swell: the increasing non-French consciousness of Gainsbourg discussed in the article. 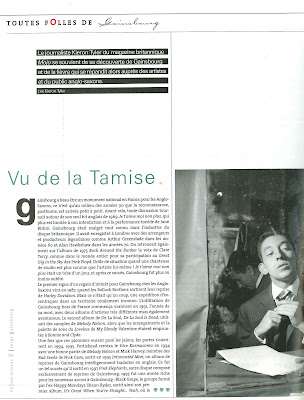 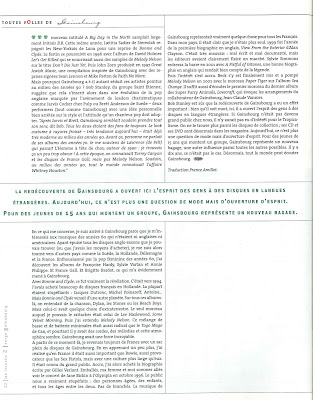 Posted by Kieron Tyler at 11:17 No comments:

REVIEW - SXXT BROWNE: EVERY SINGLE PENNY WILL BE REINVESTED IN THE PARTY 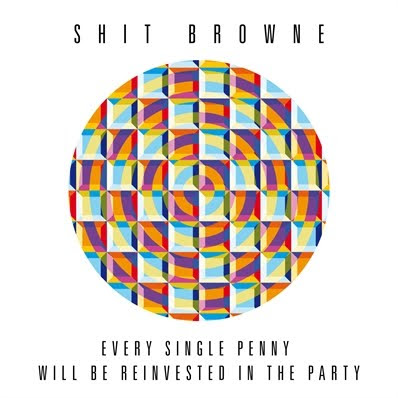 First – I’ve no idea what the restrictions are on poo-type words here, hence the sxxt. But with a name like that, this lot probably might benefit from a redesignation.

Here is the review: http://www.rockfort.info/content.aspx?cid=237

It's one of the oddest things to turn up in ages. Categories like good or bad do not apply. An unscientific poll - directing a series of questions at Parisians - revealed that none had heard of this combo. Just as well it's getting a UK release.

Happily, some of the questions asked in the review will get answered as I am to interview them.
Posted by Kieron Tyler at 10:55 No comments: 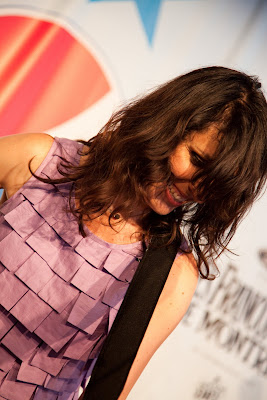 This extraordinary event deserves a world-wide recognition, so this might go a little way towards that:
http://www.mojo4music.com/blog/2010/07/vive_la_difference.html

From 12 June to 19 June, it covered all the musical bases of the Francophone world, with the exception of Gallo-indie – which mostly favours English, so is excluded.

Beyond the obvious interest in seeing masses of stuff (including Arnaud Fleurent-Didier for the first time), the real mind blower was being exposed out of the blue to the exceptional La Grande Sophie. Wonderful.

Space, as usual, meant some things weren't mentioned, so here’s a random few:

LES CHIENS: Never seen anything like this before. Big cult band in the Québécoise world from early 21st century onwards. I thought the jumping off point was Verve, but that was a glancing impression. Everything was restrained, bringing forth a snail’s pace, with a few drifting echoplexed instrumentals: like Sigur Rós playing The Beatles’ Flying. Psychedelic, but rock. Absolutely surprising.

JP NATAF: His band Les Innocents were a big French deal and, now solo, he’s making a comeback after a while. But the succession of John Lennon-style songs didn’t make the best case.

ROSE: I’m a big fan of her first album and last year's Les Souvenirs Sous Ma Frange, and had never seen her live. What works well – introspectively – on album doesn't fully translate to a live setting as the emphasis on lyrics is lost.

ALEXIS HK: The Boulevardier tradition is great, but a wee bit too much chat and clowning is a distraction.

PORCELAINE: A Québécoise lady touted as an electro-piano-chanteuse. Engaging and her junior Emilie Simon songs are fun, but the pedestrian session musician-type band needs sacking. Reigning back the make-show tendencies would emphasise the songs.
Posted by Kieron Tyler at 21:56 No comments:

THE MOPS: PSYCHEDELIC SOUNDS IN JAPAN ON RPM INTERNATIONAL 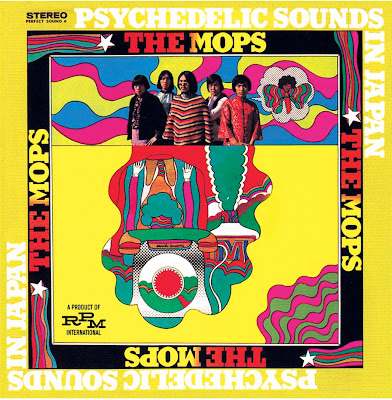 In his book Japrocksampler, Julian Cope said that Tokyo’s The Mops made “some of the most urgently deranged and euphorically disruptive music of the entire Group Sounds era.” Compared to other Japanese bands of the period The Mops were “too weird, too punk, too ugly.”

Released originally in Japan in April 1968, The Mops debut album Psychedelic Sounds In Japan was the country’s first self-declared psychedelic record. Even though they sported kaftans, beads and Sergeant Pepper jackets, The Mops were – as Cope said – too tough, too jagged to be true flower people. Original songs like I’m Just A Mops were fuzz guitar-driven stompers that revealed The Mops were at heart garage punkers. In their hands, on Kienai Omoi, even the sitar sounded deranged.

In thrall to the San Francisco sound – their manager had visited Haight Ashbury and brought the first Jefferson Airplane album back to Japan – they recorded unhinged covers of The Airplane’s Somebody To Love and White Rabbit for Psychedelic Sounds In Japan. They also loved The Animals – their takes of San Francisco Nights and Inside Looking Out are testaments to The Mops' wildness.

This first-ever official reissue of Psychedelic Sounds In Japan outside Japan has been licensed for release by JVC Records. This essential, fun and historic album is supplemented by Omae No Subete O/Atsuku Narenai, an intense non-album single from 1968.

Release date will be during late September.
Posted by Kieron Tyler at 11:36 2 comments:

How come it’s only the French that can make albums like this? http://www.rockfort.info/content.aspx?cid=235

This won’t embed, but it’s worth seeing:
http://www.youtube.com/watch?v=u6ldjoh4QkY&feature=channel
Posted by Kieron Tyler at 12:23 No comments: 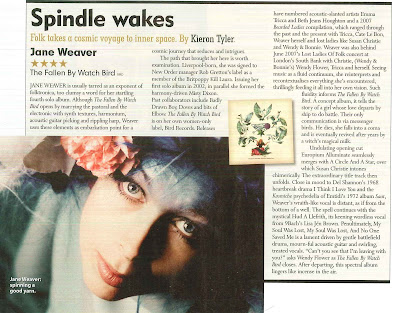 Posted by Kieron Tyler at 09:40 No comments: