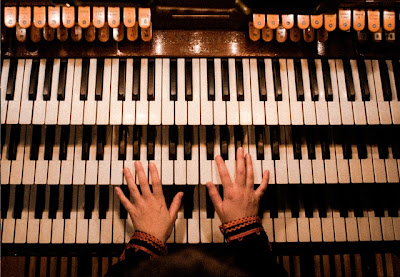 Space meant it was not possible to go into all that was seen, so here’s a few amongst the many others taken in.

Broken Twin: works better as a lone entity and especially with the violin. Bits nod towards Our Broken Garden

Elefant9 with Reine Fiske: nailed the ELP/Coliseum roots to the floor with the approach of LA hardcore circa 1981/2. Powerful

Eva & Manu: instant connection with the audience, but the repetition of the songs (oddly reminiscent of Tunng) and the sweetness leaves little aftertaste.


Guðrið Hansdóttir: a surprise, hard-hitting and like Nanci Griffith filtered through something totally alien. Great.


Holograms: couldn't get in.

Hvitmalt Gjerde: Bonkers, Gerry & the Pacemakers-style 1963 Merseybeat in a Bergen dialect. Send them to Liam Watson

MF/MB: instantly thought of K-X-P with the La Düsseldorf and two drummer approach, then needed a reorientation course as MF/MB are up to their third album. Relentless.

Oyama: Efficient, but MBV’s return makes small-scale retooling of Isn't Anything not so necessary.

Retro Stefson: “Do you like house?” Not really, but they are irresistible.

Young Dreams: further to the MOJO comments, it’s more about the architecture than the songs, so strong melodies would be good.
Posted by Kieron Tyler at 10:00 No comments:

REVIEW - DAVID BOWIE: THE NEXT DAY

Not much more to say, beyond noting the Greenwich Village stuff, Berlin lyrical refs and the possibly anti-war sentiment of I'd Rather Be High. Perhaps he could have played some of the sax?

Review here: The Arts Desk David Bowie The Next Day
Posted by Kieron Tyler at 11:00 No comments:

Iceland, France and the early '90s. 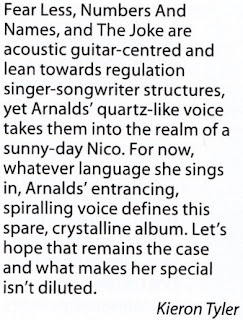 REVIEW - PETULA CLARK: LOST IN YOU

Review here: The Arts Desk Petula Clark: Lost in You
Posted by Kieron Tyler at 08:00 No comments:


It’s arrived in physical form, and the vinyl is way more dynamic than the download.

Review here: The Arts Desk My Bloody Valentine m b v
Posted by Kieron Tyler at 08:00 No comments: 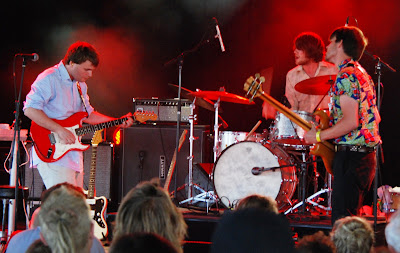