The order implies no rating: at any given moment any could be anywhere in the list.

On Ane Brun’s It All Starts With One: it really came out last year.

On Benjamin Biolay’s Vengeance: delaying, as it is apparently getting a 2013 UK release.

On Papir's Stundum: I cannot work out when it came out.

Here's something on reissues.
Posted by Kieron Tyler at 08:00 No comments: 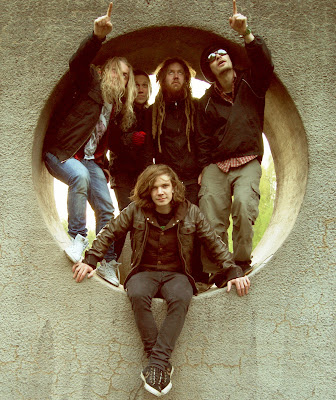 One of the most striking albums of the year is Born A Trip by Mr. Peter Hayden, a shadowy five-piece from Kankaanpää, Finland.

So striking that it had to be dug into with the help of bassist Lauri Kivelä and their drummer Touko Santamaa, both interviewed here.

Born A Trip is their second album. The band released their first record in 2006. On Born A Trip, Mr. Peter Hayden have made a music so far out, so extraordinary that it crosses genres to become one of its own. A single, 68-minute piece of music, it pulses like the tidal ebb and flow.

As carefully structured, yet still as fluid as Television’s “Marquee Moon”, it’s not a stoner-metal stroll through texture but a psychedelic journey with shades of Godspeed You Black Emperor and Glenn Branca. Its release makes them as important to Finnish music – and music generally – as Circle. Few new albums move the known so sharply into new, unexpected territories, but this is one of these.

The album was recorded in stages: first during a 12-hour, night-time session. Then they and their producer Koiramato worked over six months to bring themes out, adding and subtracting parts. The band describe it as “the soundtrack to your spiritual rebirth.” It is the second part of a trilogy.

According to Touko, the goal with Born A Trip was to “stay determined. There was no let’s do this or let’s do that, mostly just letting things occur through us and letting it all happen. There are symmetric and asymmetric, tonal and atonal structures positioned in our thoughts.” 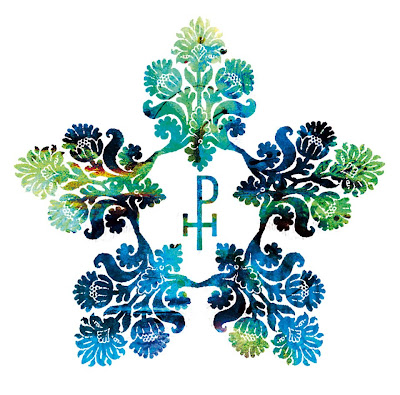 “Slowly, but steadily we came up with parts and those parts melted into each other forming new parts,” explains Lauri. “Suddenly we realised that we had this quite huge piece of music in our hands. There was a conversation about the possibility to divide the trip into few shorter portions, but we felt that if it wants to grow and be like this, then we should let it grow and be just like it is meant to be. So the album itself guided us through the process.”

“There are orchestral elements in our music that some people might find similar,” continues Touko. “Also some droning and such. Glenna Branca’s been mentioned before, yes.”

“This genre thing has been brought up often with Born A Trip,” says Lauri. “The reason the album does not really sound like metal or anything else is simply because we weren’t really aiming for metal or anything else. It all comes out naturally. We do not know what it is but our second album.”

The members of Mr. Peter Hayden are from Kankaanpää in west Finland, which Lauri says is “another slowly dying city, but a kind of a safe haven, a place to get back to and do our thing in peace. Even though we are now spread out around Finland, our rehearsal space has always been there. This city has given us something no other place could ever have given - a chance to grow up in a place without a music scene and stifling influences.”

Touko says “there really is a sort of stillness around Kankaanpää and it’s even more dominant nowadays. When we were kids the whole rural culture was standing strong. The market day which was set up twice a week was throbbing with life. Now that all that is getting slowly wiped off by this economic hustle and imbalance between regions it feels like there’s even more silence and inertia available in Kankaanpää. And it suits us fine.”

As to whether being Finnish makes Born A Trip what it is, Lauri says that “our way of working would be very different if we weren’t Finnish, as it would be if we were from some other city. I do not really think that the point is us being Finnish, but the truth is we are influenced very much by the environment we have grown in. And in our case we have had the freedom to pick our path before hearing too much musical influences.”

“The nature itself should be noted,” adds Touko. “The wilderness around northern Satakunta (the region Kankaanpää is in)  is just compelling. Ragged and deep, filled with boreal barrenness. My personal kindred spirit. All yawning and swaying, impressive.”

Who is Mr. Peter Hayden? “The name represents many things to us,” offers Lauri. “A source of inspiration and energy, a guiding light on the horizon. Something we want to be and are on the process to become. It reminds us of the strength we have within, all the potential that is available when we work together, overcoming the negative individualism and feeding ourselves to the entity that is our merged minds.”

Listen to Born A Trip here. 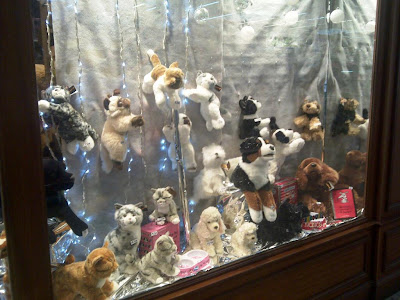 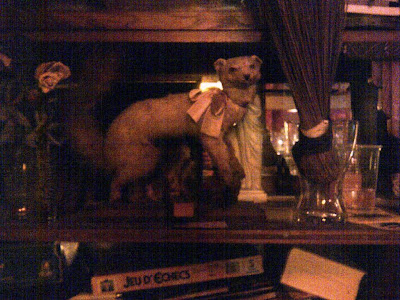 Posted by Kieron Tyler at 10:00 No comments:

The House of Love

From Monotreme Records With Love

10cc Tenology
Posted by Kieron Tyler at 10:00 No comments:

A roam around (mostly northern) Europe with a detour to take in some Beach Boys’ self aggrandisement.

The Passion of Joan of Arc


The Beach Boys Doin' it Again
Posted by Kieron Tyler at 08:00 No comments: