This was a tremendous show, with the emphasis on the word show.

Some pictures have bubbled up, and a couple are below: one of a dapper Duran Duran with Mark Ronson on the right on guitar during Girls On Film and another of Boy George with Alex Greenwald while performing Someone To Love Me. 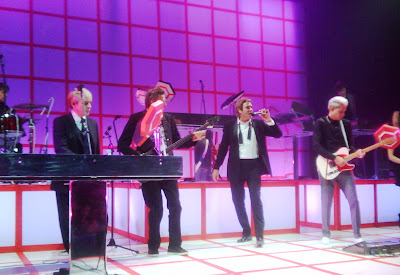 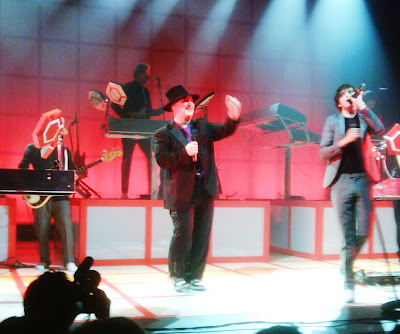 Courtesy of L-P Anderson, I’ve learnt that Sonic has reviewed Tages. Brilliant it’s getting a shout in their home country. 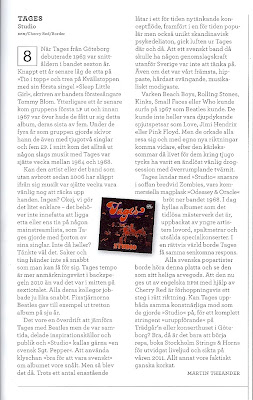 Posted by Kieron Tyler at 19:59 No comments:

Hope the UK release gets the attention is deserves.

Jugglers have their place, and it’s limited indeed. But this seems like putting them to good use.

Posted by Kieron Tyler at 16:00 No comments:

It shouldn’t be a surprise that someone as good as this is barely heard of outside the Francophone world, and it isn’t. But Pierre Lapointe needs to be heard and seen widely.

Meeting him was fascinating. See this: Pierre Lapointe: Le Meilleur

He is straightforward to talk with, but the thought put into everything is clear. He treats all that he does as an art project.

These make the case too. Je reviendrai is a wonderful song, Deux par deux rassemblés is irresistible

Tages in The Times was cool, but this is super surprising.

It’s from the issue of Les Inrocks dated 1 September. Amazing.

Posted by Kieron Tyler at 14:20 No comments: 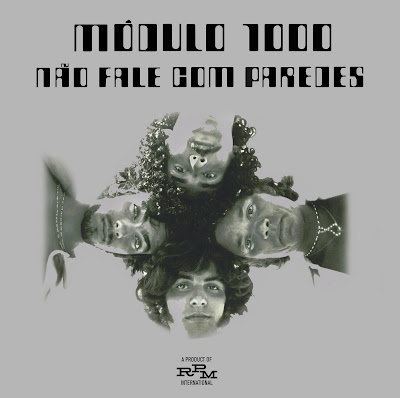 Few records from the past that bubble up genuinely sound like nothing else – one that really sounds nothing else is Môdulo 1000’s sole album, 1970’s Não Fale Com Paredes (Don’t Talk To Walls). Opening cut Turpe Est Sine Crine Caput sounds like a junior Black Sabbath crossed with early Devo, but with a Brazilian sensibility. Môdulo 1000 show that Tropicalia was part of the story – Brazil was home to even freakier music. An extraordinary album, it has to be heard.

An easily available version of Não Fale Com Paredes has been needed and now – with the help of the band – RPM International is releasing a special, band-approved reissue of the album, supplemented by all the tracks they recorded for singles and rare compilation albums. Founder member Daniel Romani has been interviewed for the package.

Tracklist below, and it’ll come out in November (exact date not yet set).

An affecting album that needs to be widely heard.

The album is home made, and here’s the home-made film for Football Team:

Posted by Kieron Tyler at 14:05 No comments: 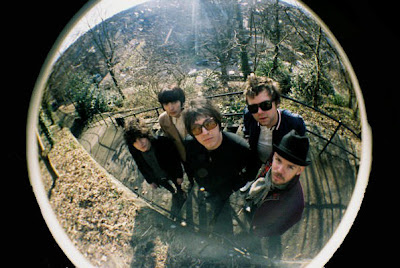 Based on this show, can’t see any reason why The Moons shouldn’t reach out to an audience that’s not defined by Andy Crofts’ association with Paul Weller.

What a bizarre and unsatisfactory ending to their set though.

Posted by Kieron Tyler at 09:39 No comments: