MINIMAL COMPACT ON RPM INTERNATIONAL - RAGING AND DANCING – THE ANTHOLOGY 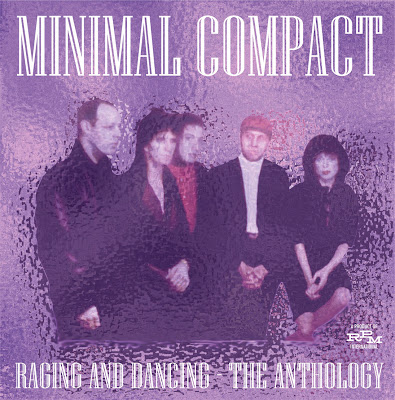 Minimal Compact’s “Statik Dancin’” was dance-inflected post punk that revelled in the band’s Israeli origins. Back in 1981 there was no such thing as world music, but Minimal Compact infused their music with the feel of their home country, even though they were based in Belgium and signed to Brussels’ Crammed Discs. Still a dance floor filler, “Statik Dancin'” is timeless, yet still a classic of the era.

Raging and Dancing is the first career spanning Minimal Compact anthology. Band-approved with liner notes that include an interview with founder member Samy Birnbach, it takes them from 1981 to 1987, when the band called it a day after issuing their meaning-laden overhaul of Led Zeppelin’s “Immigrant Song”.

Along the way, they worked with members of Wire, Tuxedomoon, John Fryer (producer of The Cocteau Twins and M/A/R/R/S). Their covers were designed by luminaries like Neville Brody and Eno/David Sylvian designer Russell Mills. Their “When I Go” featured on the soundtrack to Wim Wenders' Wings Of Desire. Minimal Compact were integral to the era.

Minimal Compact were post-punk at its most exotic and danceable. Raging and Dancing is the definitive collection. Release date is the last week of April.