“Pieni Sinien Aasi” by Teemu Elon Puhuvat Eläimet, from their 2008 album Hämmästyttävät Puhuvat Eläimet, is a special, unique recording. One of those unexpected ones that comes from the blue and goes somewhere totally unexpected. The imagery on the album’s quintuple foldout card sleeve (seen below) hinted at what might be coming. It's just one of the wonderful things on the Finnish label Helmi Levyt.

It’s rock, obviously heavily folk driven, and one of the most far out things from recent years. “Pieni Sinien Aasi” begins with feint. Some gentle electric guitar strumming underpins a melodic, hymnal vocal. A piano fills sonic gaps. Then the band kick in, on a semi-Celtic sounding sing along. It goes Baroque just short of three minutes, then gradually disassembles, turns inside out and flies off. Feedback and a noise wash intertwine as melody as abandoned. Around ten minutes in, the track is played backwards. Or sounds damn close to it. The only touchstones are Ash Ra Temple, Space Ritual Hawkwind and Neu. But it’s still folk rock. The clip below gives some idea of how extraordinary Teemu Elon Puhuvat Eläimet are. “Pieni Sinien Aasi” wasn’t alone. Hämmästyttävät Puhuvat Eläimet is a terrific album, brilliant. A benchmark, wherever it’s from.

After hearing this, it was clear how unusual and special Finland’s Helmi Levyt label is. Like fellow Finnish imprint Fonal Records, it’s carving its own path, with nothing comparable. 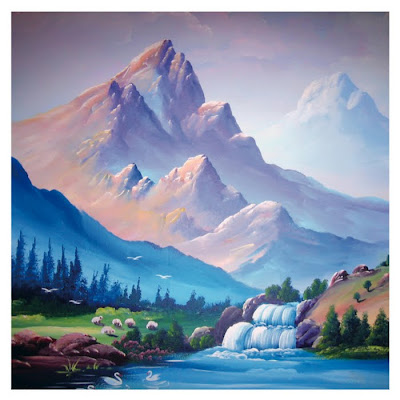 I didn’t know it at the time, but my introduction to Helmi Levyt came last year in Tampere when I saw Sami Kukka. Ostensibly folk, like Teemu Elon Puhuvat Eläimet, he'd landed somewhere truly psychedelic. His glorious Menen Veteen album (seen above - the title track is below) from 2009 caught this in full flow.


Handily, the Teemu Elon Puhuvat Eläimet album came my way after Kukka’s Menen Veteen, so I was already primed that Helmi Levyt was a good bet. And, anyway, it was more evidence that Finland is crammed with music that begs to be paid attention to.

Hämmästyttävät Puhuvat Eläimet arrived with others, including albums by Pekko Käppi, whose use of the jouhikko (the bowed Karelian lyre - hear him below) is deeply psychedelic too. Then there was Joose Keskitalo, who it was impossible to get a handle on. One album veered towards early, home-made industrial music. Another was cracked loner folk coming from somewhere far inside. Whatever the barriers with this difficult language, all this music obviously drew from deep within these artists.

Helmi Levyt’s founder, Arwi Lind, told me the label was “formed in 2004. I didn’t mean to start a real business. I was just playing around. Like when you are a kid and you are recording your own stuff with a cassette recorder and drawing the covers yourself. At that time I just wanted something to do basically. I was living in Savonlinna, a small, quiet town in eastern Finland. I’ve been interested in albums as a form of art since I was a kid. Music has always been my thing.”

As to Arwi’s A&R style, he says “There is no specific sound. I can hear pretty quickly if the music interesting or not. It doesn’t even matter if the sound is ‘good’ or ‘bad’ as long as the artist delivers something and you can feel the love behind the music. You can kill that feeling by commercialising the artist too much. When I started Helmi Levyt the biggest influence was a small label from Jyväskylä called Rikos Records. Now, in Finland there are few labels that are working with the same kind of mind-set, for example Ektro Records and Fonal Records.”

It’s the unfettered nature of Helmi Levyt’s releases - their lack of mediation - which brings such power to these albums. This approach, of course, speaks of the country itself. “I think that it is natural to express your own culture by making music,” says Arwi. “Almost all of our releases have Finnish lyrics. That of course tells something. You can also hear traditional Finnish folk sounds in many releases. Records by Jaakko Laitinen and Väärä Raha, Pekko Käppi and Arvi Kemppi are good examples. Even in Finland, people often say that there is something very Finnish in what Helmi Levyt does. Helmi Levyt represents the voice of deep Finnish nature. It is the voice of love and madness.”