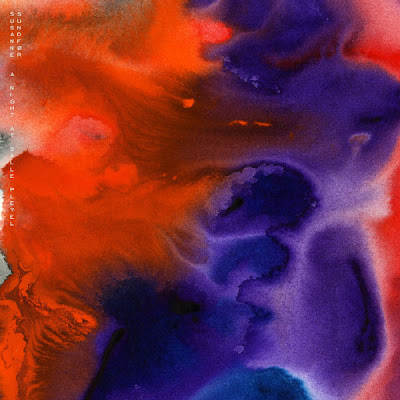 The release of the extraordinary The Brothel in 2010 marked Susanne Sundfør as important, someone to keep a close eye on. It also raised the question of how she’d follow this landmark. Now, with A Night At Salle Pleyel, the question is (partially) answered with an album that’s just as much a departure from The Brothel as that was from her the two versions of her debut.

A Night at Salle Pleyel is a double album – or rather, three sides of two albums in a gatefold sleeve. Pressed on see-through, mottled purpley reddish vinyl, it’s a handsome thing. The sleeve gives nothing away and is even more abstract than that of The Brothel. The front cover of dark orange and aubergine clouds bleeding into each other evokes oil wheel images. Beyond that, there’s her name and the album’s title. The back and inside of the gatefold sleeve bear similar images, credited as by MVM. As well as the records, the sleeve houses an eight-page book with more of these unreadable images.

It's clear, however, that A Night At Salle Pleyel is as much an artefact as it is an album. The vinyl edition is limited to 600 copies. There's no CD release, although it is available on iTunes. It seems to be an interregnum, rather than The Brothel’s follow up. But, then again, it might not be either.

Whatever its status, it's designed to intrigue. The three sides each have two tracks: Movement 1 and Movement 2 on side one and so on, side by side. Six movements in all. All instrumental, it’s all played on analogue (mainly Blofeld) synthesisers. The album was recorded in one session, live at the Oslo city centre venue Sentrum Scene on 18 August 2011. Susanne Sundfør is credited as composer, and she also plays two synthesisers. The other players are Ådne Meisfjord, Øystein Moen, Morten Qvenild and Christian Wallumrød. They're drawn from bands like 120 Days, Jaga Jazzist, Susanna & The Magical Orchestra. Wallumrød records for ECM. Whatever the blink-and-you’ll-miss-it nature of A Night At Salle Pleyel, this is a serious line up.

The music is equally serious in conception and was inspired a concert of Rachmaninoff and Stravinsky’s music seen by Sundfør at Paris’s Salle Pleyel. The composition was commissioned specifically for 2011’s 25th-anniversary Oslo Jazz Festival. Although recorded live, there’s no sonic evidence of either an audience or – for that matter - the music actually being played live. It sounds like a studio recording. Whether the recording process was digital or analogue isn’t noted.

A Night At Salle Pleyel is a jolt, but it isn’t quite the musical non sequiteur it initially seems. Obviously, The Brothel was orchestrated. More specifically, the swoops which open Movement 1 can be traced from the closing parts of The Brothel’s Black Widow. Elsewhere, the opening section of It's All Gone Tomorrow and the patterns which bed Lullaby are lightly echoed elsewhere in A Night At Salle Pleyel.

But A Night At Salle Pleyel isn’t a song cycle, or even a symphonic-style series of related melodies. Each movement has its stated themes, restated, built upon and woven around. Bach’s organ music comes to mind. Movement 2 edges towards serial music. Overall, this feels (wordlessly) liturgical. Doomy too. However it’s heard, this isn’t rock as classical music, or vice versa. Equally, it’s not a Walter/Wendy Carlos take on contextualising classical music. It’s barely possible to place A Night At Salle Pleyel. So far apart from anything else, it isn’t measurable. Wherever it does or doesn’t sit, it’s a significant work.