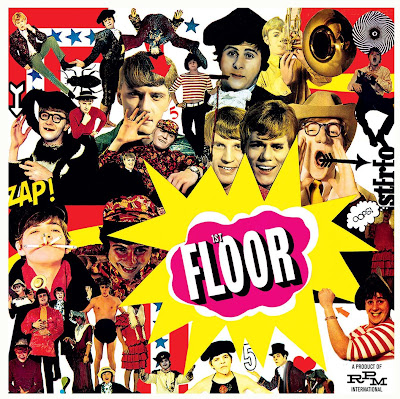 1st Floor was Denmark’s Sergeant Pepper. “Turn It On” sang The Floor, and they did. Flowers, drinking tea, hanging out with Mrs O’Grady and Mr Jones were central to 1st Floor. English psychedelic pop had found a home in Denmark in 1967. The beautifully and baroquely orchestrated 1st Floor comes close to The Hollies at their most whimsical and The Kinks at their most pastoral.

Before 1967, most of The Floor were The Hitmakers, Denmark’s kings of beat pop. The Summer Of Love arrived, they decided a change was needed and the band reconfiguring. A guitarist was added. A new name came. They were helped on their way by producer and songwriter Johnny Reimar, the cream of Copenhagen’s classical musicians and specially written songs. Then, after their only album and a final single in 1968, The Floor were no more.

The first official reissue of this rarity on RPM International is remastered from the original tapes and has been prepared with help from members of the band and Johnny Reimar, who are interviewed for the liner notes. The Floor's only non-album single is included as a bonus.