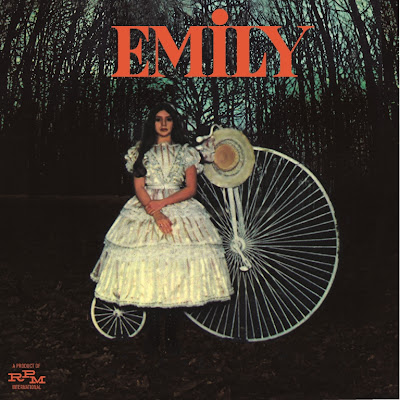 Recorded in and only issued in France in early 1972 by major label Pathé (Pathé 2C 064-11.896), Emily was the only album by 16-year-old American Emily Bindiger. A masterpiece of self-composed, atmospheric and barque folk-psychedelia, it has become a major, sought-after rarity. Original copies sell for close to £300. She was backed on the album by Dynastie Crisis, Michel Polnareff’s band.

Emily Bindiger has been interviewed for the liner notes and tells it’s and her story for the first time.

The album was the first chapter in her musical career. Soon after its release, she toured and recorded with Leonard Cohen, appearing on the New Skin For The Old Ceremony album. Cohen and Emily duetted on “Who By Fire”. More recently Emily has sung on the soundtracks of Donnie Brasco, Everyone Says I Love You and The Hudsucker Proxy. She produced, arranged, played and sang on The Girl I Found album by Grammy Award-winner Julie Gold. Emily is also a member of the accapella band The Accidentals.